Professor Carsten Rahbek Receives the Order of the Dannebrog 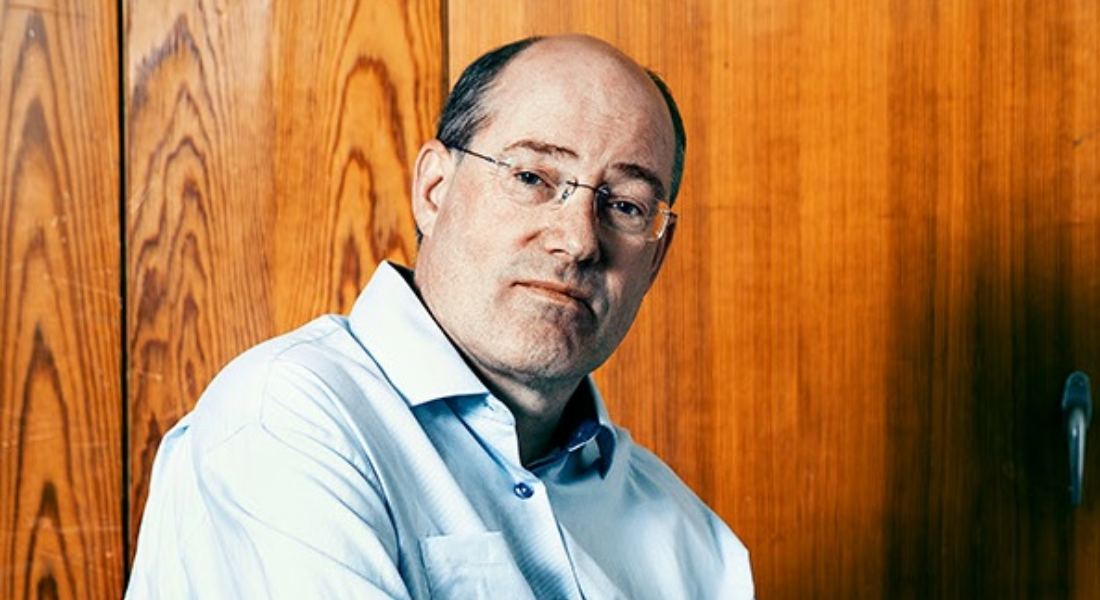 With more than 25 articles in Nature and Science and a total count in excess of 400 scientific publications, Carsten Rahbek has been extremely productive throughout his career. His many areas of research include biodiversity, macro ecology, evolution, climate change, nature preservation, environmental economy, environmental protection and the spread of disease from nature to humans.

’I am honoured to receive the Order of the Dannebrog. It means a lot to receive recognition for my scientific work. Work that I have been privileged to do in collaboration with a lot of amazingly talented people throughout my career,’ says Carsten Rahbek.

In addition to Carsten Rahbek, other recipients of the Order are Professor Mette Rosenkilde and Professor Shohreh Issazadeh-Navikas. Professor Minik Thorleif Rosing recives Knight's Cross of First Class of the Order of Dannebrog.

Carsten Rahbek has since 2010 been head of the basic research center Center for Macroecology, Evolution and Climate, supported by the Danish National Research Foundation, and has recently started another top-level research center The Villum Center for Global Mountain Biodiversity at the University of Copenhagen, supported by a Villlum Investigator grant of 40 million DKK. After 30 years at the Natural History Museum of Denmark, Rahbek was one of the initiators of the establishment of the new interdisciplinary GLOBE Institute at the Faculty of Health Sciences at the University of Copenhagen, which works with the major global challenges.

Carsten Rahbek has made a name of himself with his research into the distribution of biological diversity in time and space based on both ecological and evolutionary principles. From the beginning of his research career, he has questioned the common explanations for why species are spread as they are and why there is such an unequal distribution of species and life on earth. Research projects has taken him around most of the world, but especially the fieldwork in the South American mountain regions has been crucial to his research career.

Another important part of his work is to translate the research-based knowledge into solutions to the great global challenges of our time, such as pandemics, the climate crisis and the biodiversity crisis. Challenges that are and will be decisive for our national and global development in the coming years and decades. Denmark’s latest Finance Act with an investment of approx. 900 million DKK into nature builds directly on his research on Danish nature and especially untouched forest. In relation to this, Carsten Rahbek has been chosen to be part of the follow-up group for carrying out the objectives of untouched forest and the creation of the new national parks.

In addition to delivering top-level international research, Carsten Rahbek is devoted to making the knowledge provided by his research accessible and applied to the rest of society. Almost daily, he appears as an expert in Danish media, just as spending time with students and other young people who dive into the great environmental challenges of today. He was also one of people behind establishing the UN Biodiversity Panel, IPBES (equivalent to the UN Climate Panel), and he is currently head of the Danish universities' IPBES office in collaboration with the Ministry of the Environment.

‘It is tremendously important for me and my research centre that the knowledge we produce is made available and put to use in the rest of society. That is why we make a special effort to disseminate our research to the Danish people, to the EU and society as a whole, not only politicians and administration, but all people in society’, says Carsten Rahbek and adds: ‘I also see the award of the Order of the Dannebrog as a recognition of that effort’.