Associate Professor and Center PI Rob Dunn’s new book "Delicious: The Evolution of Flavor and How it Made us Human" sheds new light on the human relationship to food and flavor throughout our evolutionary history, investigating questions of what, why and how we eat. 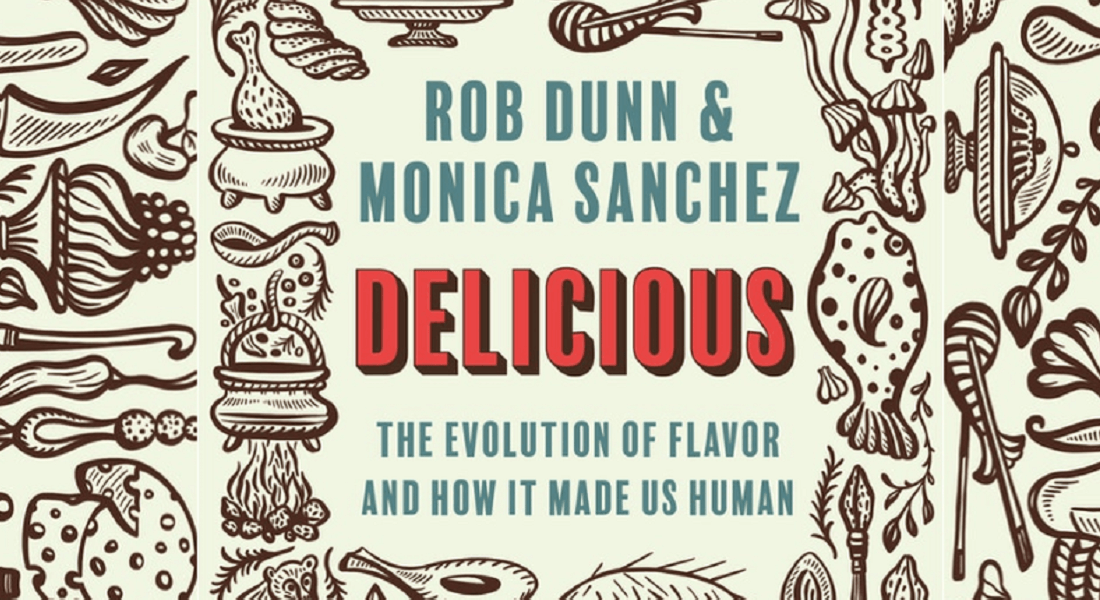 If you have ever wondered why we enjoy the taste of certain foods, Rob Dunn and Monica Sanchez’s new book Delicious: The Evolution of Flavor and How it Made us Human may have the answer. It is because those certain foods and flavors have helped us survive throughout our evolutionary history. The reason that we can enjoy the sourness of fermented food today is, for example, an evolutionary result of the fermentation’s preservative abilities, which our taste buds have evolved to enjoy. Delicious releases on March 23rd.

In the Center for Evolutionary Hologenomics, Dunn's research focuses on the relationship between humans, microbes and food. More often than not, Dunn argues, flavor is a key part of that relationship. "Flavor and deliciousness," Dunn went on to say, "may seem whimsical or even frivolous, but they are not. At least not always. Instead, flavor and deliciousness have been key to many major evolutionary transitions."

Bringing Research Into the Kitchen

With this book release, Rob Dunn is yet again sharing the applicability of his microbial research for the general public. Delicious provides a surprising and illuminating tour of the long evolutionary history of flavor. It covers everything from the role that flavour played in the invention of the first tools to the best way to ferment mammoth feet, and Delicious will revolutionize the way you think about, seek out, and experience food.

On March 23rd, Rob Dunn is also speaking at an event at the Royal Institution, where he will further investigate the arguments made in Delicious. Besides exploring the role that flavour may have played in the invention of the first tools, the extinction of giant mammals, the evolution of the world’s most delicious and fatty fruits, the creation of beer, and our own sociality, Rob will also be talking the participants through the steps of starting a sourdough. Sign up for the event here.