Fur trading in Viking Age Denmark is now proven: ‘The black furs are worn by Arab and non-Arab kings’

For the first time, researchers from the University of Copenhagen have found 'smoking gun' evidence that Denmark participated in international fur trading in the Viking Age. Fur was an international status symbol for the elite, says researcher behind the study 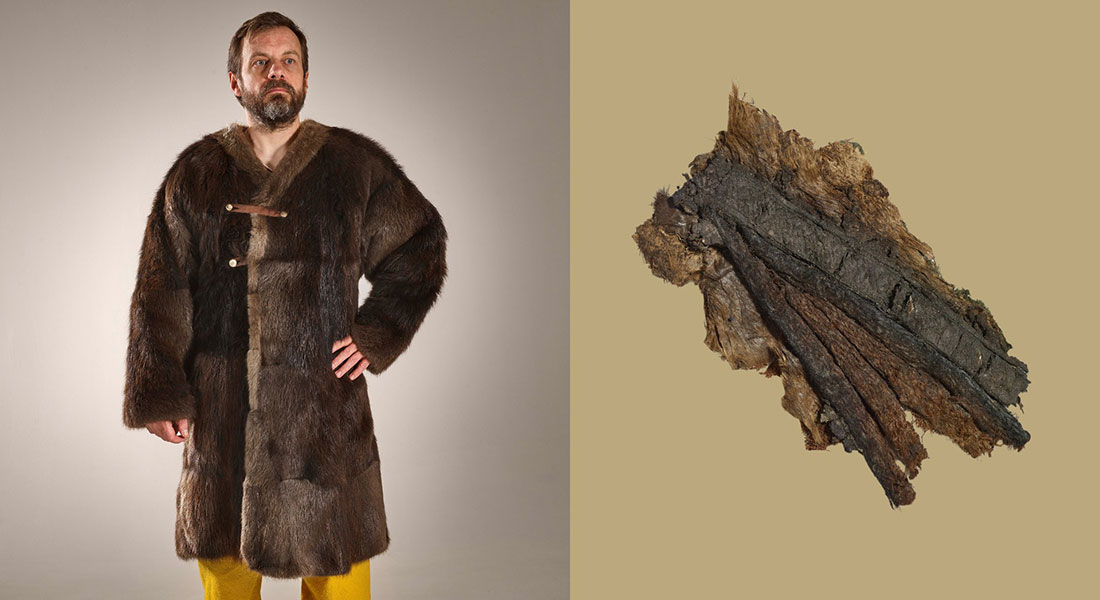 Wealth, status and fashion? Or animal abuse and sustainability? The associations are many and ambiguous when it comes to fur in Denmark in the year 2022.

But a little over 1000 years ago, it was much more simple. In the Viking Age, one of the most important symbols of high status was fur.

This has been corroborated in a new study from the University of Copenhagen of six Viking Age graves, confirming that Danish Vikings imported fur from abroad.

“For the first time, we have “smoking gun” evidence that fur was imported into Denmark in the Viking Age. The written sources say that fur was sold to the Arab countries, but, now, with a protein-based method that can identify species, we have found six examples of beaver fur in Danish graves from high-ranking Vikings”, says Associate Professor Luise Ørsted Brandt from the GLOBE Institute at the University of Copenhagen.

“As we know that the beaver was not local to Denmark in the Viking Age, the fur must have been imported. We cannot say exactly where it comes from. Maybe northern Sweden or from the east, maybe Russia. We already know that the Vikings were trading on the Russian rivers”, Luise Ørsted Brandt adds.

The six graves which the researchers have examined are located in various places in Denmark and were discovered between 1861 and 1955. There are three female graves, one grave with a person of unknown gender and two male graves, all with one individual in the grave.

Fur was an international status symbol for kings and the elite

In the Viking Age, fur was a luxury item that only the very rich could afford. The largest part of the population were farmers and wore woollen clothes all year round.

One of the sources that describes fur as a status symbol is an Arab traveller, geographer and historian named al-Mas´ūdī from Baghdad. Back in 943, he wrote:

“The black furs are worn by Arab and non-Arab kings (…) They make hats, caftans and fur coats out of them. There is no king who does not possess a fur coat or a caftan lined with the black fox fur of the Burtās.”

This is what the researchers have done

The Muslim writer and geographer Ibn Hawgal also describes the fur trade at the time. In 956 he describes, among other things, what Vikings who lived along rivers in present day Russia, Belarus and Ukraine exported.

“The honey, wax, and furs exported from their country come from the territories of the Rūs and the Bulghār. This is also the case with the beaver pelts, exported throughout the world, for they are only found on the northern rivers of the territory of the Rūs, the Bulghār and Kiev.”

The Rūs were Scandinavian Vikings who settled along the rivers of modern Russia, Belarus and Ukraine, and the Bulghār were a Turkish semi-nomadic warrior tribe.

According to Luise Ørsted Brandt, the Arab sources and the researchers' new discovery provide comprehensive knowledge of the Vikings' relationship with fur.

“What these sources tell us is that fur was a very important and exclusive commodity that was in high demand by the elite across national borders in the Viking Age,” says Associate Professor Luise Ørsted Brandt, adding:

“In the Viking Age, international high politics were conducted. Therefore, it makes sense that there is a common understanding of how to look when you are part of the society elite. If you want to be able to negotiate and appear as part of the power elite, it is important that you are taken seriously. The same is true today. Our heads of state wear suits.”

Buried with a Viking ship

The six graves, which the researchers have examined, stand out from many other forms of graves from the same period. The deceased are buried with extremely valuable objects such as a ship, textile ribbons with silver and gold thread and an axe with silver decoration.

In all six graves, various fur remnants were found, and with the help of protein analyses, the researchers have identified fur from beaver, sheep, squirrel as well as marten.

“The fur remnants that we have taken samples from no doubt come from costumes that have consisted of several different types of fur and skin without hair,” says Luise Ørsted Brandt.

In a grave at Hvilehøj, the researchers found remnants of a woman's dress and shoes, consisting of skin and fur from at least six different animal species.

“Livestock hides have been used for clothing and shoes, but also for accessories such as purses and belts and for interior decoration. Wild animal fur seems to have been used only on the costume where it was visible. A beaver fur, for example, has no doubt been placed centrally so that you could see it. So, it has been a symbol of prosperity,” says Luise Ørsted Brandt.

Beaver fur has a different look than squirrel and marten fur, which was otherwise available in Denmark during the Viking Age. Squirrels and martens are reddish and brownish, respectively, and have shorter hair than the beaver's long guard hair which is water-repellent and shiny and gives you a warm and heavy fur coat. Its different appearance from the local furs would have revealed it as an imported luxury product.